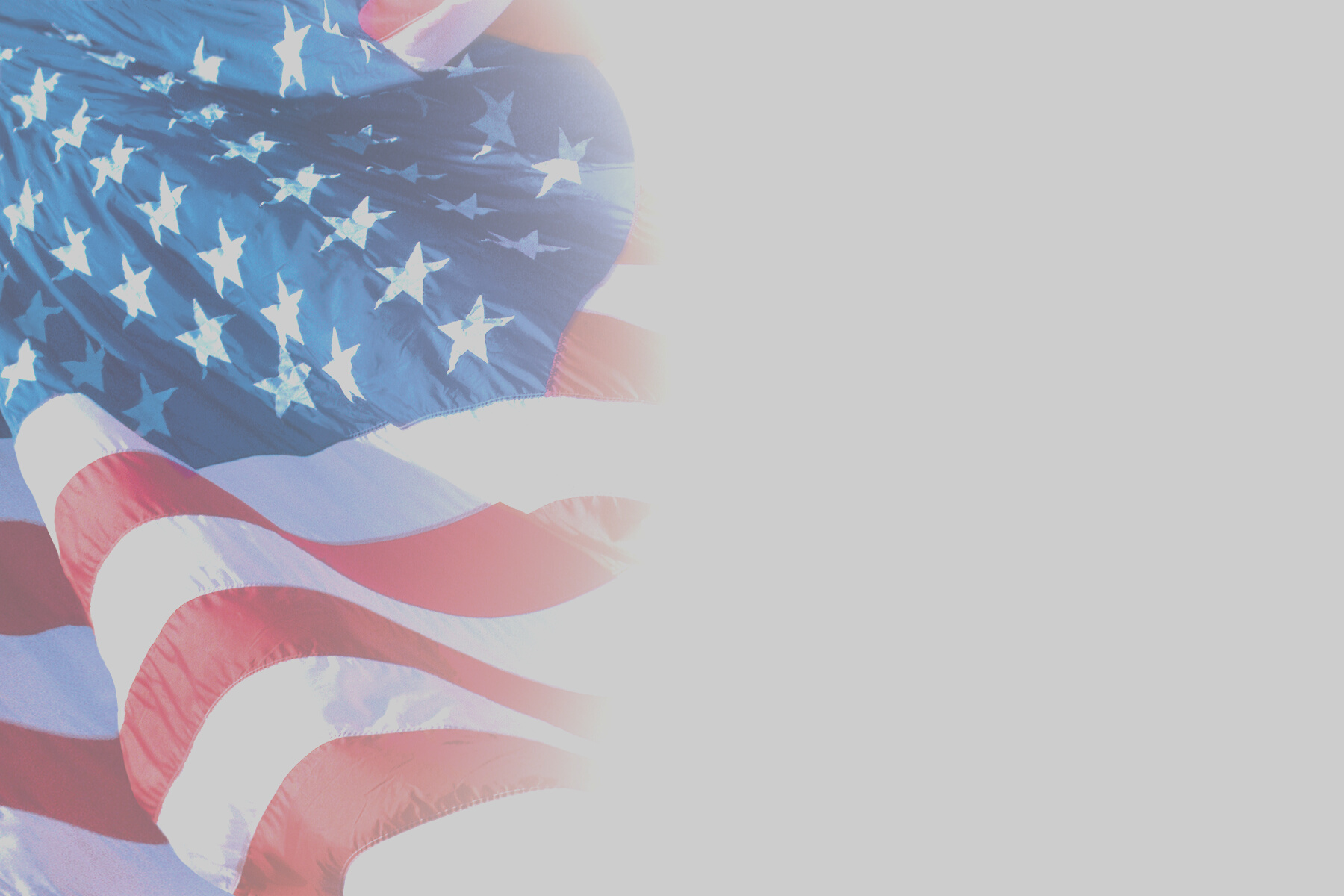 Keep in touch with our campaign

The Right Choice for DC 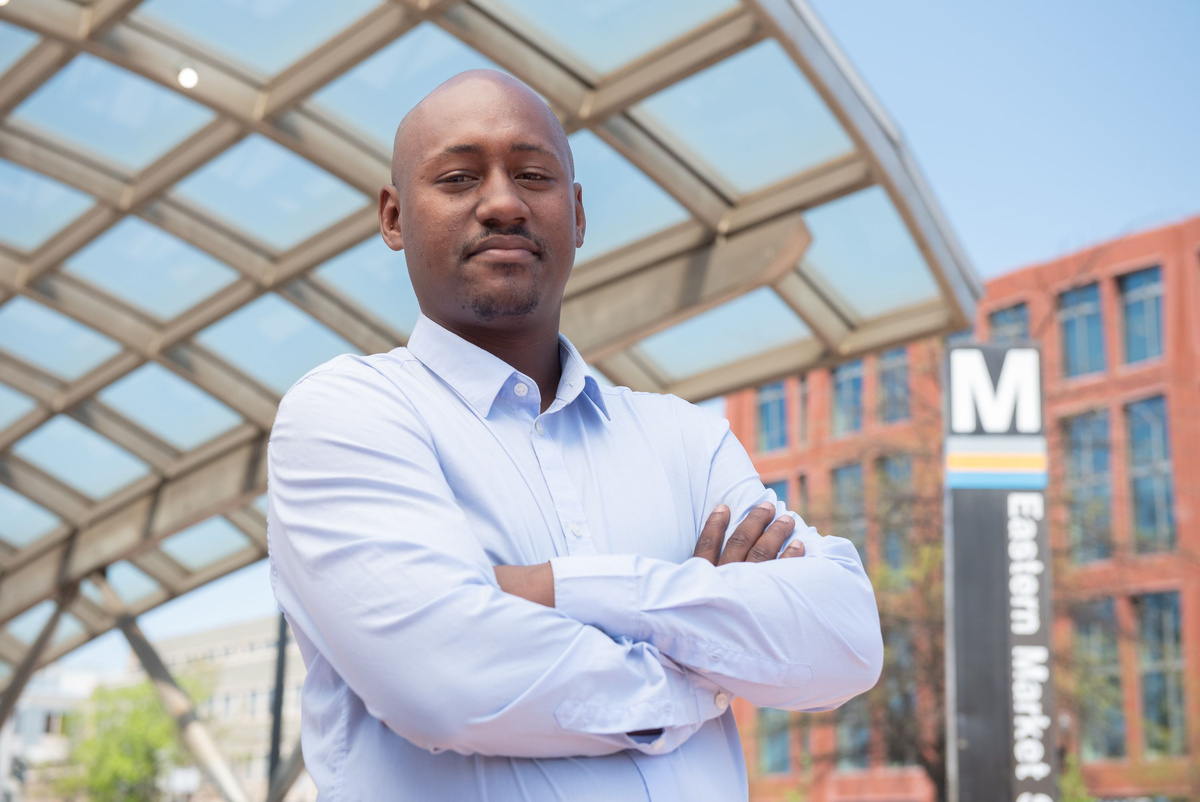 Nate is a Democrat running for the DC At-Large Council position because he believes in expanding opportunity in DC and putting people first. Nate is a native Washingonian and an attorney. He grew up in the Anacostia neighborhood of Ward 8 and went on to attend Morehouse College, UC Berkeley Law, and the Harvard University Kennedy School of Government. Nate currently lives with his wife in the Deanwood Community of Ward 7.

Nate Fleming is a leader, change agent, and a public servant. He was elected by residents citywide in 2013 to serve as DC’s Shadow U.S. Representative, and most recently served as a Legislative and Committee Director at the DC Council. Nate was the Director of the Committee on Recreation, Libraries, and Youth Affairs.

Nate is running for the DC Council because he believes that we can be more bold, strategic, and creative in solving DC’s problems. We are simply not making enough progress on so many issues including improving our education system and ensuring that all Washingtonians can secure stable jobs and afford to live in this city. The District of Columbia has been inequitable for decades, and Nate will work to specifically to build equity in marginalized, underserved communities.

This organization is responsible for cutting edge work across the country, most recently leading the fight for Julius Jones and Armaud Arbery! They also endorse candidates that are working to bring change and social justice to marginalized communities. Proud to be their candidate! 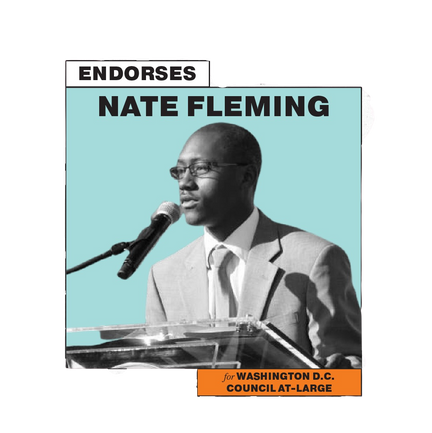 Here is the Jews United for Justice Campaign Fund statement on my endorsement:

"Nate Fleming is thoughtful, experienced, and unafraid to fight for what’s right. His career-long commitment to fighting inequity and knowledge of the inner-workings of the DC Council means that he will be a progressive champion for the District starting on day one. Fleming will take courageous votes for policies that benefit poor and working class Black and Brown residents." 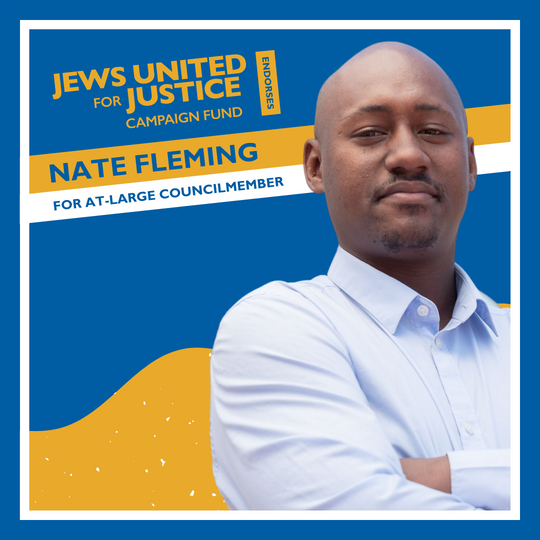 The Ward 8 Democrats hosted a debate between all candidates in the At-Large race and then conducted a Straw Poll of registered Democratic voters in Ward 8. I am delighted to have won the Ward 8 Democrats Straw Poll with 75% of the vote! This means a lot to me because Ward 8 is the ward in which I grew up.

What Nate Stands For

The city has failed to make the critical investments needed in underperforming schools. As a result, DC has the highest achievement gap between black and white students in the country.

We know that violence is a symptom of other systemic issues like education and employment. We must attack these issues comprehensively while working to improve community based policing.

We must create opportunities for communities to come together and get to know each other, so that we can work together in solving our city's problems.

Due to misplaced policies and priories, DC has the least affordable rental housing market in the country, displacing thousands. We must move boldly to make DC affordable.

DC has a uniquely bad record at helping the unemployed get jobs. Problems at our workforce agencies have blocked the spending of tens of millions of dollars to provide job training.

CLICK HERE TO READ OUR STRATEGIC PLAN FOR DC

Instrumental in bringing Bard Early College High School to DC ,where students can graduate high school with an associates degree

Wrote the Commission on Poverty Establishment Act of 2019

Wrote the legislative language that banned evictions during the pandemic

Wrote legislation that restored the drivers licenses of over 60,000 residents who were suspended for ticket debt

Be Part Of The Story